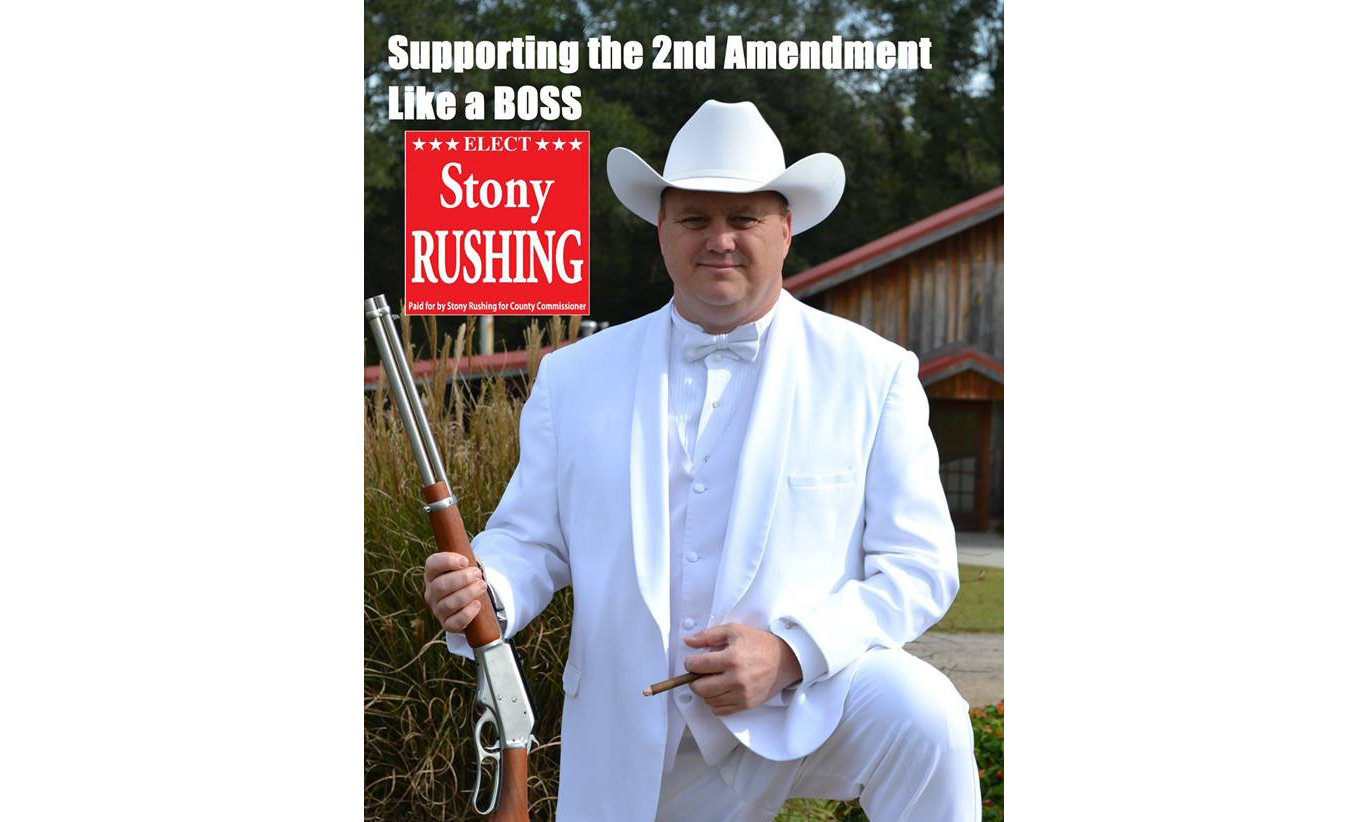 This is Stony Rushing in full “Boss Hogg” get up – the man Red thinks is most likely to represent North Carolina’s 9th Congressional District after a special election called in the wake of rampant election fraud committed by the campaign of now-disgraced Mark Harris who has smartly declined to run again.  Red really can’t think of a better image to represent the modern GOP than Mr. Rushing in his white suit and hat clutching a cigar and holding a lever action rifle.

And please note that Mr. Rushing thinks that the Democrats are to blame for the election fraud that resulting in an opportunity for him to seize the brass ring.  As Mr. Rushing put it, “Dan McReady [the Democratic candidate] and his Establishment Friends Just Threw ALL of our Ballots in the Trash!  What are We going to do about IT?”

Red must admit that he does like Mr. Rushing penchant for over-capitalization – something Red is frequently guilty of.  Red also expects some Texas Republicans to follow Mr. Rushing’s lead.