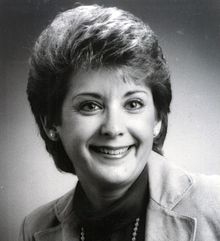 From the Annals of Girl Power –  In 1981, Kathy Whitmire was elected as the first female mayor of Houston.  She defeated Sheriff Jack Heard  with 62% of the vote- who was never heard from again (Red just couldn’t resist that one). The unexpected rise of Whitmire put a temporary end to the good ‘ol boy network that had run Houston since – well forever.  Whitmire served five terms finally losing to Bob Lanier in 1991.  She has never run for office again.