“It is evident to me that both the design, planning and execution of the project is badly off track.  . . . Nothing defines the independent and the courageous spirit of Texas more than our iconic Alamo and, like most Texans, I treasure it. The history of the Alamo is a personal passion of mine. I do not intend to sit quietly and see this project fail.

I have seen two architectural renderings so far, including the latest one a few weeks ago, and neither are anything close to what the people of Texas are expecting.  The latest looks like a massive urban park with hundreds of trees – more like Central Park in New York City than Alamo Plaza.”

How can Red lose in a fight between these two fearless defenders of our Texas heritage.  Patrick’s surrogates have been promoting the idea that George P. is going to try to honor the Mexican soldiers as well because of his Mexican heritage on his mother’s side.   George P. pushes back that these attacks are tinged with racism.

Red wants to point out a couple of things.  Any battlefield historic site almost anywhere in the world talks about both sides.  How can you tell the story of the Alamo without talking about the Mexican soldiers and their incompetent leadership in Antonio Lopez de Santa Anna?  Second, Patrick clearly sees George P. as a potential rival for the Governorship when and if OPIG Abbott steps down.  Patrick views this as a weak point for Bush and will press and press the issue regardless of the facts.  Third, who can be surprised that any project a Bush takes on has a decent chance of being completely bungled.  Finally, the current plan is infinitely better than the hodgepodge of shameful tourist attractions that now dominate a large part of the historic site.

From the Annals of the Supreme Court – In1869, the U.S. Supreme Court handed down its decision in Texas v. White which essentially eviscerated the argument of individual state sovereignty apart from the Union.  The SCt ruled that Texas still had the right to sue in the federal courts despite having seceded in 1861.  Texas has sued for an injunction prohibiting George W. White and others from transferring U.S. issued bonds they purchased from the secession-era Texas State Military Board during the Civil War.  The bonds had been issued to Texas as part of the Compromise of 1850, but at the time of the Civil War not all such bonds had been issued.  Texas sold the bonds to raise funds durng the war.  After the war, the US Treasury refused to redeem the war-issued bonds.  Texas sued to reclaim the bonds from the purchasers.  Under Article III, section 2 of the US Constitution, which provides original jurisdiction in the Supreme Court in cases where the State is a party, Texas sued directly in the U.S. Supreme Court   At the SCt, the issue turned on whether Texas, having seceded and not having completed Reconstruction, had status in the Union and therefore the right to sue as a federal court.  Texas argued that the Union was indestructible and Texas’ status as a state remained unchanged by the war.  White argued that Texas, by seceding from the Union and waging war against the United States, had lost the status of a state in the Union and therefore had no right to sue in the SCt. In a five-to-three decision authored by Chief Justice S. P. Chase, the court held the Union to be indestructible and thus not dissoluble by any act of a state, the government, or the people.

From the Annals of Space Exploration – In 2003, the Space Shuttle Columbia broke up upon reentry killing all seven astronauts.  It was the second catastrophic failure of the Space Shuttle program following the Challenger which exploded about a minute after liftoff in 1986.  The problem occurred during the launch when a piece of foam insulation broke off from the  external tank and struck insulating tile under the left wing of the Shuttle craft.  NASA was aware of this problem as previous shuttle launches had seen foam shedding damage in various degrees.  Some NASA engineers suspected that the damage to Columbia was serious, but managers limited the investigation arguing that any fix was impossible even if a major problem was confirmed.  The engineers were right and when Columbia re-entered the atmosphere hot gasses penetrated the heat shield causing the Shuttle to ultimately break apart.   A massive search and recovery mission ensued with pieces of Columbia being primarily found over a 28,000 square mile area of Texas and Louisiana.

From the Annals of the Hoteliers – In 1859, The Menger Hotel opened on what is now Alamo Plaza in San Antonio.   The hotel was the idea of William Menger was a local brewer.  Menger hired an architect, John M. Fries, along with a contractor, J. H. Kampmann, to build a two-story, 50-room hotel which would be the first top rate hotel of its kind in San Antonio.  The Menger has been in  more or less continuous operations under several owners and has expanded several times since its opening.  It is renown for its mahogany paneled Menger Bar (where Teddy Roosevelt recruited the Rough Riders), the Spanish Patio Garden, an elegant and spacious main lobby and the Colonial Dining Room.  It is a member of the Historic Hotels of America and is on the National Register of Historic Places.  Although remodeled, the original part of the hotel still stands and one can imagine the wonder of travelers at finding such an oasis in San Antonio. The Menger continues to serve as a center for meetings and other social affairs in San Antonio.  And it is one of Red’s favorite hotels in Texas. 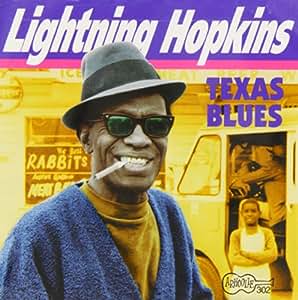 From the Annals of Bad Decisions –  In 1861, the Texas State Secession Convention  voted overwhelmingly to secede from the United States following the lead of several other southern states.  Rather than concede that Republican Abraham Lincoln had been duly elected, the Southern states chose to secede precipitating what would be the worst tragedy in U.S. history.  As Red has noted many times, the Texas Ordinance of Secession is one of the most vile, racists screeds that an organized governmental body has ever produced.  The Ordinance of Secession was subject to a popular referendum to which was held on February 23, 1861. The vote was 46,153 in favor of secession and 14,747 against. 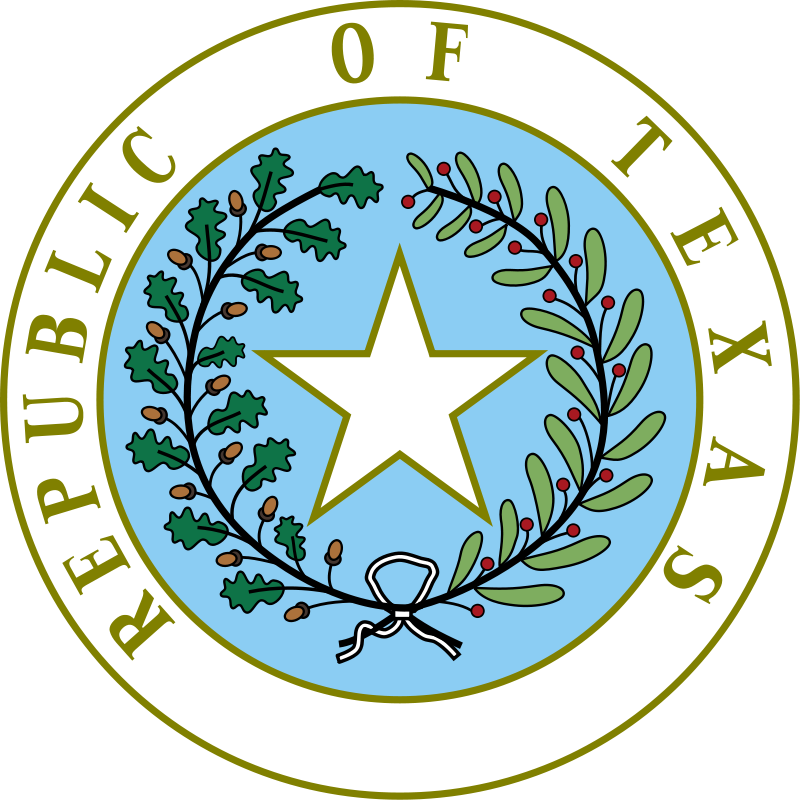 From the Annals of the Llano Estacado – In 1871, former slave Britton Johnson was killed by a band of Kiowa who attacked his wagon train. Johnson had been a slave of Moses Johnson, but was treated more like the foreman of his ranch and allowed freedom of movement and to raise his own livestock.  In October of 1864, Indians killed his son and kidnapped his wife and other children in the Elm Creek Raid.  Johnson pursued his relatives and became somewhat legendary for his exploits across the Llano Estacado that eventually resulted in the ransom of his relatives. After the Civil War, Johnson worked as a teamster hauling goods between Weatherford and Fort Griffin.   On the fateful trip he and two other black teamsters were ambushed by a band of about 25 Kiowa four miles east of Salt Creek in Young County.  A group of teamsters from a larger train of wagons discovered the bodies and reported that it appeared that Johnson died last in a desperate defense behind the body of his horse.  Other teamsters who found the mutilated bodies of Johnson and his men counted 173 rifle and pistol shells in the area where Johnson made his stand. He was buried with his men in a common grave beside the wagon road.

From the Annals of the True Heroes of the Civil War -In 1863, former Texas State Sen. Martin Hart was executed in Fort Smith, Arkansas for his supposed treason against the Confederate States of America.  Hart was an attorney from Hunt County who had served in the Texian Army during the Revolution at age 15.  He later served in the Texas Legislature as a representative and senator.  He was opposed to secession.  After the Texas Legislature passed the vile screed known as the “Ordinance of Secession”, he resigned from the Legislature and organized the Greenville Guards, pledging the company’s services “in defense of Texas whenever she is invaded or threatened with invasion.”   In the summer of 1862 he received a Confederate commission with permission to raise a company and conduct operations in northwest Arkansas.   However, he used his commission to travel through Confederate lines leading his followers to Missouri where they joined Union forces.  He returned to Arkansas where he led a series of rear-guard actions against Confederate forces, and is alleged to have murdered at least two prominent secessionists. He and others were captured on January 18, 1863, by Confederate forces, hung five days later and buried in an unmarked graves under the hanging tree.  After Fort Smith was recaptured by Union forces, his remains were moved to the National Cemetery there.  Contributions from Union soldiers paid for his headstone.

From the Annals of the Speculators –  In 1883, the “Fifty Cent Act” was removed from Texas law.  The FCA had been in effect for just over four years and provided for selling off Texas public land at the bargain basement price of fifty cents an acre.  Half of the sales proceeds were to be used to pay down the public debt and the other half to establish a permanent school fund. The FCA applied to lands in over fifty Texas counties resulting in the sale of 3,201,283 acres for $1,600,641.55. The FCA Act was repealed due to abuse and fraudulent land speculation.