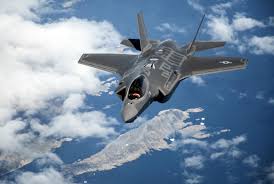 From the Annals of the Military-Industrial Complex –  In 2001, Lockheed Martin won a $200 billion contract for the production of the “Joint Strike Fighter” jet.  The 40 year deal was the largest defense contract in history.   After a competition between the Boeing X-32 and the LM X-35, a final design was chosen based on the X-35. This is the F-35 Lightning II which intended to replace numerous tactical aircraft in the U.S., Canadian and British armed forces. The most persuasive demonstration of the X-35’s capability was the final qualifying JSF flight trials, in which the LM X-35B prototype aircraft took off in less than 500 feet, went supersonic, and landed vertically – a feat that Boeing’s entry was unable to match.