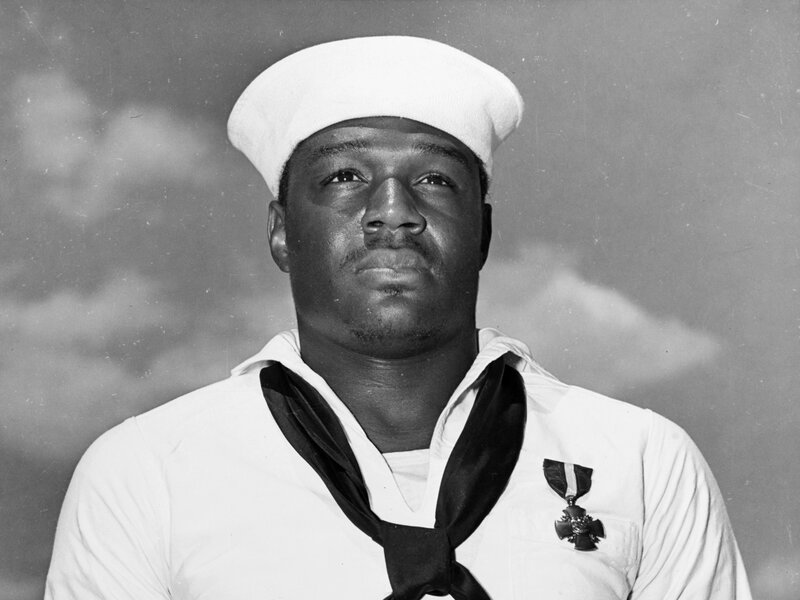 The U.S. Navy has announced that a new aircraft carrier will be name after Waco native Doris Miller.  Miller was an enlisted man serving aboard the USS West Virginia at Pearl Harbor on December 7, 1941.  Because of the racial line of the Navy, Miller was a messman assigned to kitchen and cleaning duties.  When the attack occurred, Miller ran topside and was first engaged in carrying wounded sailors to safety.  He was a strong man – a former football player and the ship’s heavyweight boxing champion – and likely saved numerous men including the captain.  Miller then took over a .50 caliber anti-aircraft gun and fired until ammunition ran out.  Even though he had never been trained on the weapon, it is believed he downed a Japanese plane.

Miller was awarded the Navy Cross for his heroism – the first African-American awarded that honor.  Miller continued his service and was killed along with 650 other sailors  aboard the USS Liscome Bay when it was struck by a Japanese torpedo in the Pacific in 1943. Miller’s body was never recovered. He was posthumously awarded a Purple Heart, among other honors.