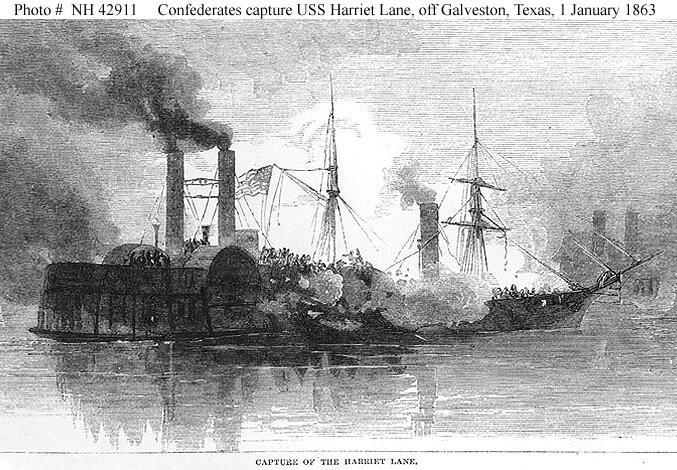 From the Annals of the Insurrection –  In 1862,  insurrectionist troops under Confederate command surrendered Galveston to Union forces.   Commander William B. Renshaw led a squadron of eight ships into Galveston harbor to force surrender.  The rebel commander, Brig. Gen. Paul O. Hebert, had removed most of the heavy artillery from the island believing it to be indefensible.  As the squadron approached, the Fort Point garrison fired on the federal ships, return fire dismounted the rebel cannon. Col. Joseph J. Cook, in command on the island, arranged a four-day truce while he evacuated his men to the mainland. The Union ships held the harbor.  Union forces did not contral the town until the arrival of the Forty-second Massachusetts Infantry, led by Col. I. S. Burrell on December 25.  Union control was short-lived as rebel forces recaptured the island and drove off the Union squadron about a week later.