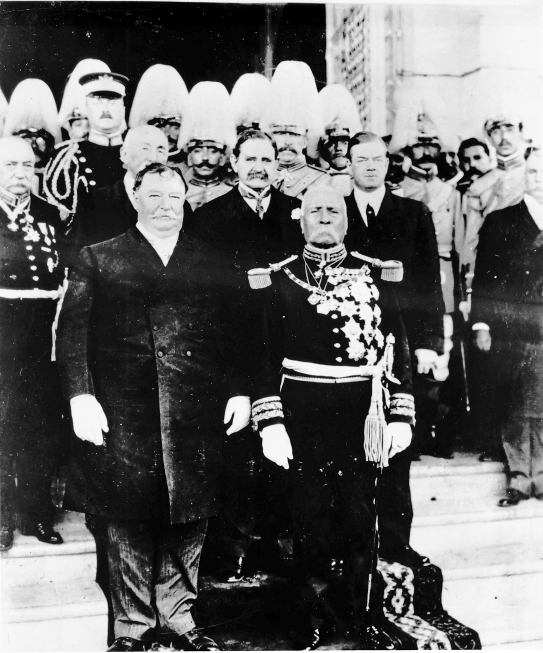 From the Annals of the Fat Presidents –  In 1909, Pres. William Howard Taft met with Mexican Pres. Porfirio Diazo.  This first ever meeting between U.S. and Mexican presidents was part of a planned summit that took place in  both El Paso and Ciudad Juarez.  The initial meeting was at the Chamber of Commerce building in El Paso, but continued later at the Custom House in Juarez. When Taft crossed the Rio Grande, it was the first time an American president entered Mexico, and only the second international trip by a sitting president.  Diaz requested the meeting as a build up to his eighth campaign for president, and Taft agreed to support Diaz to protect American business interests that had invested heavily in Mexico.  The meeting has been described as a “veritable pageant of military splendor, social brilliance, courtly formality, official protocol, and patriotic fervor.”