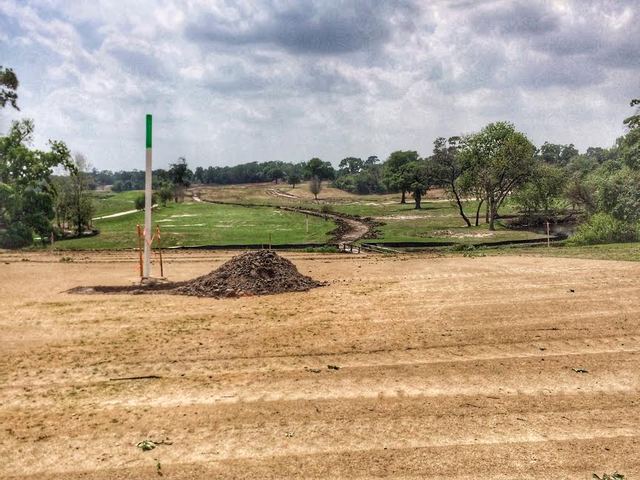 The renovation of one of the most historic golf courses in Texas is under way.  Gus Wortham Golf Course bills itself as the oldest golf course in continuous use in Texas.  Some might argue that Hancock GC in Austin is older (dating from 1899 when it was the original course for the Austin Country Club)  but it was chopped in two by the City in the 1960’s when it sold off the back nine for the now nearly defunct Hancock Shopping Center.  Brackenridge Park GC in San Antonio also bills itself as the oldest course in Texas but that is clearly wrong.  Gus Wortham along with those courses, Colonial Country Club in Fort Worth, Memorial Park in Houston and Cedar Crest in Dallas are the crown jewels of the “ancient courses” in Texas.

GWGC was the site of the original Houston Country Club.  When the HCC moved to its current site 60 years ago, the course was sold to HCC member Gus Wortham who operated it as the Houston Executive Golf Course until selling it to the City of Houston in 1973.  The City pretty much abused the grounds for decades – allowing a series of incompetent managers to run the course.  Red remembers playing it in the late 1990’s when there did not appear to be a living blade of grass on any of the fairways and walking on the greens was like walking on a sponge.  The course has been much better managed in recent years, but still needed a major redo.

The poor condition of the course threatened its survival more than once.  It was proposed as a site for the Dynamo Stadium and for a Houston Botanical Garden.  But a concerted effort by the HGA has save GW and when it reopens in 2019, it may well surpass Memorial as the premier public course in Houston.

Photo of the 7th fairway looking back from the green.