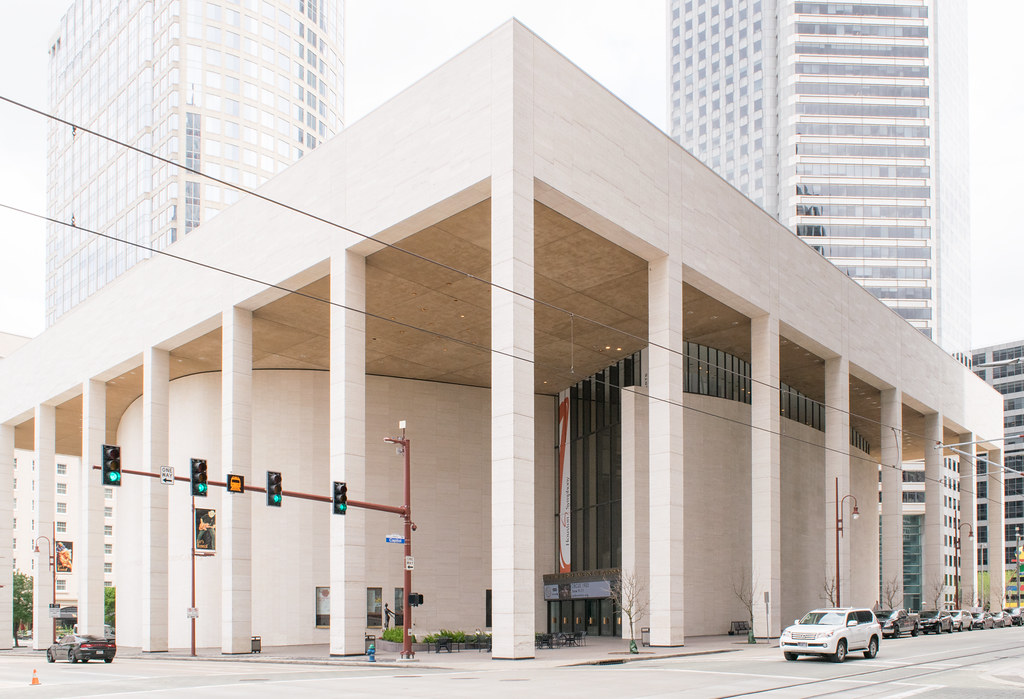 From the Annals of the Performing Arts –  In 1964, the groundbreaking ceremony for the Jesse H. Jones Hall for the Performing Arts took place in Houston.  The massive concert hall was underwritten by the Houston Endowment, a charitable foundation endowed by Jesse H. Jones and his wife, Mary Gibbs Jones.  The venue was notable for its modernistic style and it received the American Institute of Architects’ Honor Award in 1967.  Critics of the building claim that its acoustics are subpar, its access is confusing, restrooms are inadequate and that it has outlived its usefulness.  Plans for renovation are underway.  But the JHPA is still in use today and is the home for the Houston Symphony Orchestra and the Society for the Performing Arts.