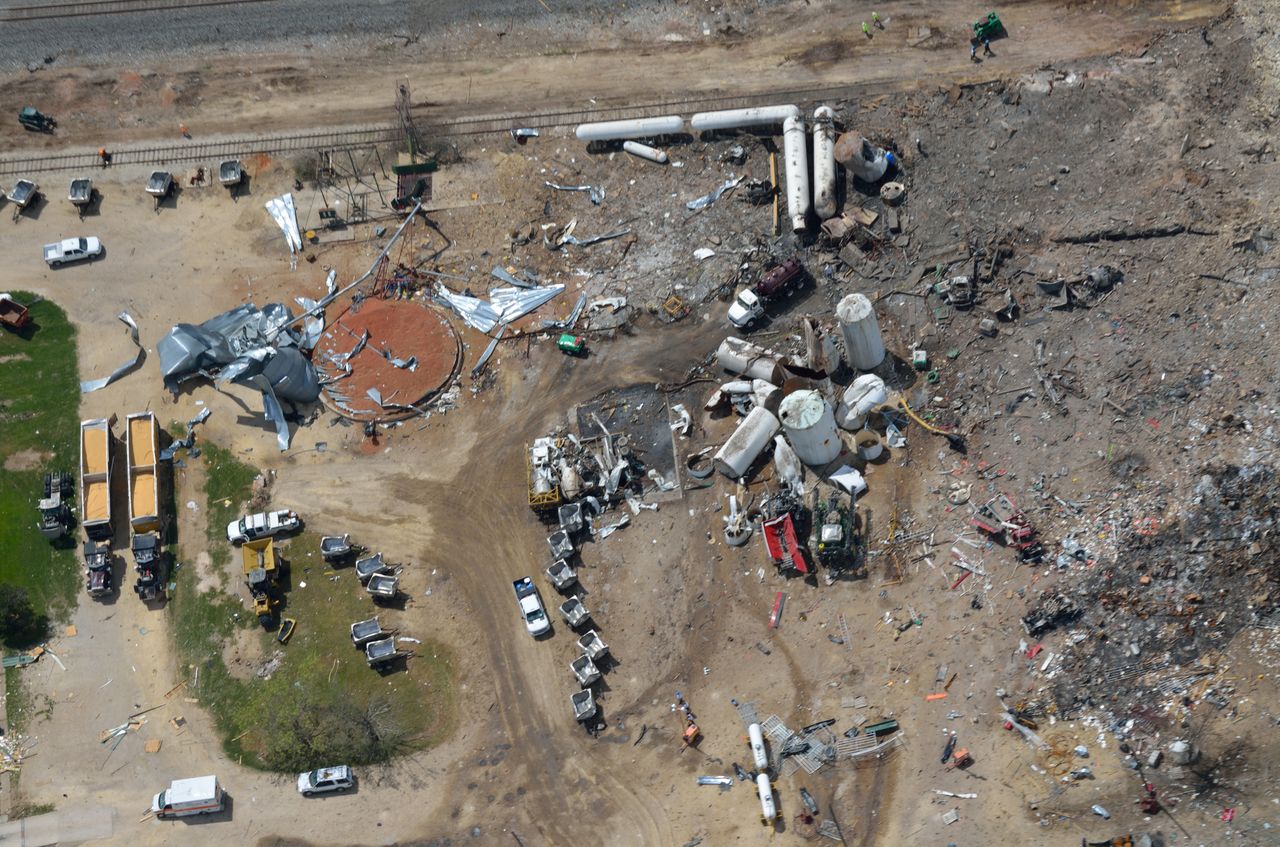 From the Annals of Industrial Explosions – In 2013, the West Fertilizer Company storage and distribution facility in West, Texas exploded.  The explosion occurred after local firefighters arrived on the scene to battle a fire.  The enormous blast killed 15 including 10 first responders and 2 civilians who volunteered to help fight the blaze.  An additional 160 people were injured.  A local school and apartment complex were almost completely destroyed and a nursing home facility was severely damaged.

The initial investigation was unable to determine the source of the fire, but on May 11, 2016, the  Bureau of Alcohol Tobacco and Firearms announced that the fire that led to the explosion was intentionally set.

On April 22, 2014, the U.S. Chemical Safety and Hazard Investigation Board released preliminary findings concluding that company officials failed to safely store the chemicals and that federal, state and local regulations regarding such hazardous materials were wholly inadequate.  The board’s chair, Dr. Rafael Moure-Eraso, stated:

Some have disputed the conclusion that the fire was intentionally set.  To date no one has been charged in connection with the horrific explosion.