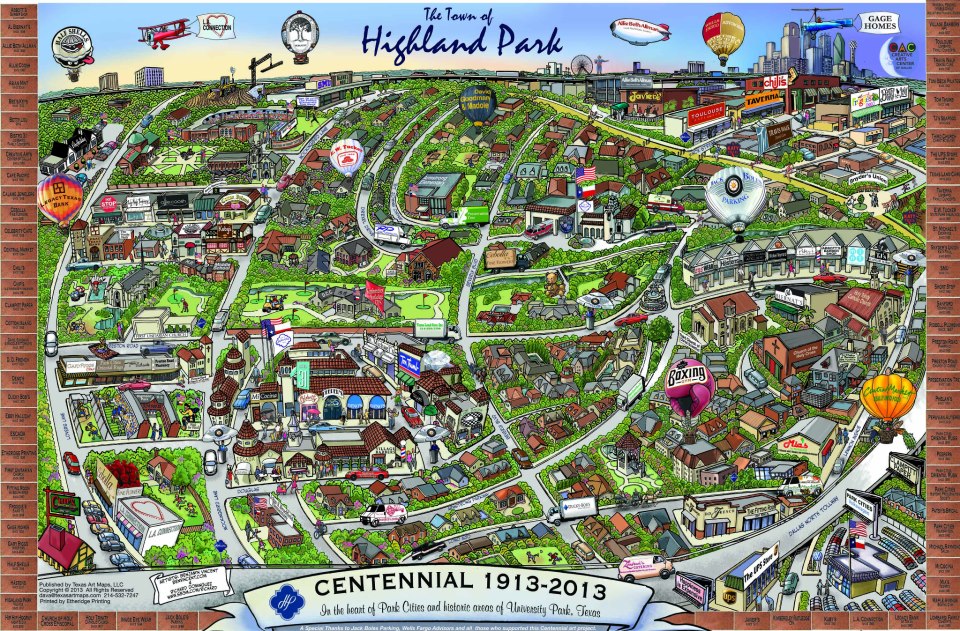 From the Annals of the Enclaves – In 1913,  Highland Park voted to incorporate as a separate municipality.  The neighborhood had petitioned Dallas for annexation, but the City refused to annex the area. The 500 residents then voted to incorporate which was granted in 1915, when its population was 1,100.  Additional developments were added to the  town in 1915 and 1917.  Perhaps realizing its mistake, Dallas sought to annex Highland Park in 1919 which began a long fight that lasted until 1945.  Highland Park is one of the wealthiest areas per capita in Texas (4th place) and the wealthiest area in Dallas County.