Back after a considerable hiatus! 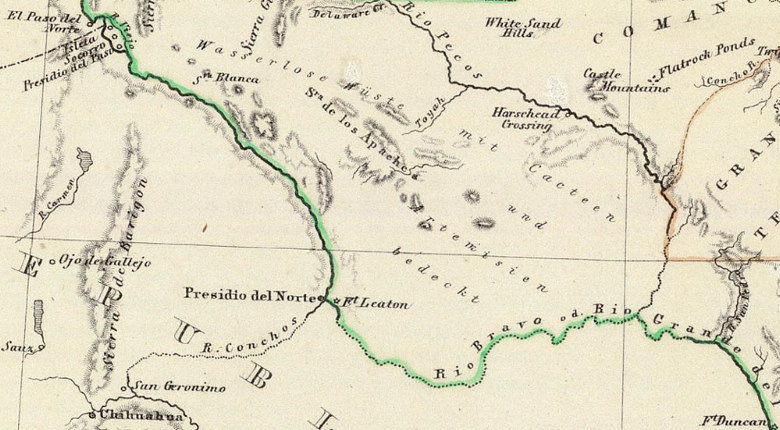 From the Annals of the Roads West – In 1849, Maj. Robert S. Neighbors returned to San Antonio after completing an expedition to survey a northern route to El Paso.   The expedition was aimed at creating a usable wagon road to west Texas.  The expedition left Torrey’s Trading Post near Waco on March 23, 1849, crossed the Colorado River on April 2, and crossed the Pecos at Horsehead Crossing on April 17.  The expedition reache El Paso on May 2 after determining that the last 100 miles of its trek was not practicable for wagon traffic.  On the return,  Neighbors took the northern route previously used by the Mexican army between El Paso and the Pecos River.  His report included that route.  If you are driving I-10 west to El Paso you are fairly much following the route that Neighbors surveyed.