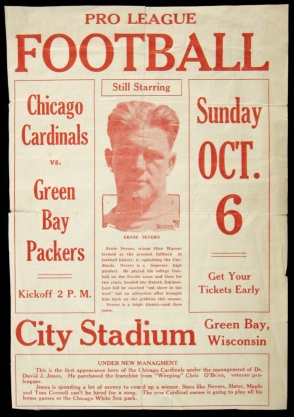 Last Week Red was 5-1 on the pure picks putting him at an excellent 23-13 for the season. Against the money line, Red did okay:

Buccaneers to cover –  Bust (but J. Winston went down)

This Week’s Trivia:  Which player kicked the longest field goal in NFL history?  Bonus points for getting the yardage.

Your Ass Kicking Pick of the Week:  Raiders over Chiefs.  The NFL game of the week is not usually on Thursday night, but this has the makings of a barn burner.  The Chiefs came down to earth last week losing to the resurgent Stealers.  The Raiders have struggled and losing to the Chargers is frankly embarrassing even given that “on any given Sunday” nonsense.  Raiders need a win because a 2-5 record will get you an early vacation 9 times out of 10.  Raiders need to figure out what is wrong with the Beast and get offense moving.  Raiders are getting 3.  They probably need more.  If they win it will be close.  Red does like the over at 47.  Oakland 28 KC 27.

Your High Kicking Pick of the Week: 49ers over Cowboys.  Red is high on the real thing – Jesus, Coke Zero and Premium Sausage Sticks – in picking the 0-6 Niners to beat even a sagging 2-3 Cowboys squad.  But a guy can dream can’t he? And there is always the Red Rule – Score 14 points and beat the Cowboys.  Take the Niners and 6 and the under at 47.   Santa Clara 17 Arlington 10.

Your “Kick Me” Pick of the Week: Rams over Cardinals.  The Cards 32nd ranked rushing game got a pick-me-up from Adrian Peterson (of Palestine, Texas) on Sunday.  It’s amazing what you can get for a 6th round draft pick these days. The Cards and AD both needed that one.  Red thinks that continues this season, but not necessarily this week.  The Rams are well balanced and happy to be winning before uncaring “crowds” in the Coliseum.  After this win, the Rams are 5-2 and suddenly a hot ticket in the City of LA.  The Rams getting 3.5 is not the bet of the year, but take it anyway.  Red also likes the over at 47 – but he doesn’t like it a whole lot. Los Angeles 31 Arizona 24

Your Kick Starter Pick of the Week: Bengals over Stealers.  Red has to pick six games every week under this rubric.  Yawn!  Red is sure this game matters to someone, he just doesn’t know who.  The Bengals getting 5 points does get Red’s attention and he will jump on that one given the problems with the Steel ShowerCurtain.  The O/U at 41 is mysterious and opaque and to be avoided.  Cincinnati 23 Pittsburgh 21

Your Kick Butt Pick of the Week: Falcons over Patriots.  The Falcons could easily be like 1-4 as they have been unconvincing in any game this season.  The 4-2 Patriots are on schedule for a less than exhilarating 12 win season.  This is a road bump, however, and if the Falcons can’t get it up for the team that humiliated them before a world-wide audience in February, they need to pack it in and let a real team lead the way in the NFC.  Red takes the Birds and 3.5, but will avoid the hefty 56O/U line. Atlanta 28 (sound familiar?) New England 24.

Your Kickapoo Joy Juice Pick of the Week: Jaguars over Colts.  My how the tables have turned. This one is too easy really.  But who said Red had to work hard on Thursday.  Take the Jags giving up a three-spot and the Jags to cover the over at 43 by their lonesome.  J’ville 44 Indiantown 2.