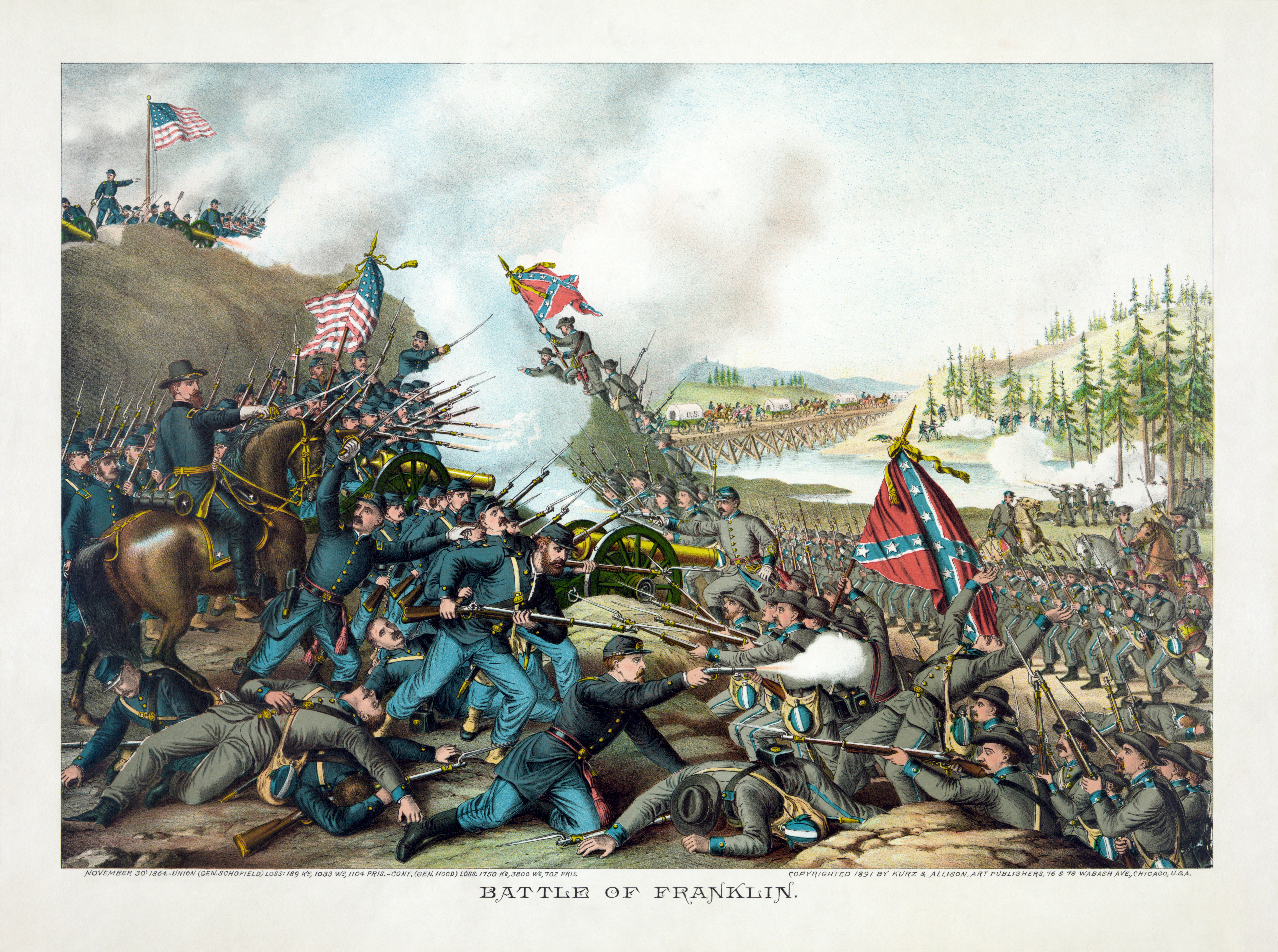 From the Annals of the Southern Rebellion – In 1864, Rebel commander Hiram B. Granbury was killed at the Battle of Franklin, Tennessee.  The battle was a near-complete disaster for the Rebel forces under the command of John Bell Hood and they lost more soldiers in that battle than in any other one-day battle of the entire war.  The loss was not quite the end for Rebel forces in Tennessee as that came shortly afterwards at Nashville.

Granbury was born in Mississippi and graduated from Oakland College. In the 1850’s Granbury moved to Waco where he was admitted to the Texas State Bar and served as chief justice of McLennan County.  After secession, Granbury recruited the Waco Guards and was elected by the troops as Major.

On February 15, 1862, he was captured with his command at the Battle of Fort Donelson – one of U.S. Grant’s first brilliant victories.   He surrendered and was taken as a POW.  Later that year, the Rebel officers were paroled as part of an officers exchange from prison. Granbury was given an early parole to take care of his terminally-ill wife Fannie.  Granbury returned to service after his parole and was ultimately commissioned brigadier general.

The city of Granbury in Hood County is named for him and a statute of the Rebel leader sits on the Courthouse square.

So is Red honoring Granbury by relating this history?  No, he is stating the known facts.  Are Hood County and the State of Texas honoring Granbury by continuing to have a city named after him and a statute on the Courthouse lawn?  Yes, and Red fully supports taking down such monuments to traitors.  Renaming entire cities is a more difficult proposition that will take some time to deal with.

From the Annals of the Civil War –   In 1864,  CSA President Jefferson Davis appointed Gen. John Bell Hood as commander of the Army of Tennessee.  Hood, a West Point graduate, had been stationed in Texas before the war and offered his services to his adopted state.

Davis was frustrated by Gen. Joseph Johnston who employed a defensive strategy in the Atlanta campaign waged by Union Gen. William T. Sherman.  Johnston and Sherman had maneuvered and skirmished throughout the rugged landscape between Chattanooga and Atlanta but had not met in a full-fledged battle.  Sherman’s efforts to outflank Johnston were blocked, but even though Johnson minimized his losses his army was pushed inexorably back towards Atlanta. By July 17, 1864, Johnston’s army was in the outskirts of Atlanta. As a result, Davis removed Johnston and replaced him with the 33 year-old Hood. Hood had a reputation as a fighting general and he quickly took the offensive by attacking at Peachtree Creek on July 20.  His army was routed.  Undeterred, Hood attacked Sherman two more times with equally disastrous results.  The Army of Tennessee was effectively through as an offensive unit and Hood was forced to evacuate Atlanta.