El Paso attorney Steve Fischer is arguing for a break from the Lone Star State.  Fischer thinks that El Paso gets no respect and that it would be better off seceding and hooking up with the Land of Enchantment (aka New Mexico).  El Paso is separated from the rest of Texas by a time zone and a lot of empty space and most Texans have never been there unless they were passing through on the way to California.  And as Fischer points out, there has never been a state-wide official elected from the capable ranks of El Pasoans.  Fischer also complains (rightfully) that El Paso is the step-child when it comes to higher education with only one 4 year university (UTEP) that has never been pushed for Tier One status and never asked to play ball with the other Texas schools.  El Paso is also the largest city in the country without a law school (views could differ on the benefits there – but who knew?).

The rest of the state doesn’t seem to understand us. Maybe it’s time to break up. Texas Republicans should be happy to get rid of El Paso because we are an overwhelmingly Democratic city. Democrats may prefer to keep us, but what did they do for us when they were in power?

Our marriage to Texas has gotten old. New Mexico is younger and more attractive. We would not be ignored, especially because we would be their largest city. Grant us a divorce and we won’t even request the back support. If there are any El Pasoans who think we need a wall to protect us, take ‘em. You can have custody and everyone will be better off.

Maybe Mr. Fischer has a point.

From the Annals of the Southern Insurrection – In 1862, Texas Rebel forces under the command of  General Henry Hopkins Sibley were soundly defeated at the Battle of Glorietta Pass in northern New Mexico.  Sibley’s force had a relatively easy time in coming up the Rio Grande. Sibley first attempted to capture Fort Craig under the command of Col. Edward Canby.  Sibley outmaneuvered Canby at the Battle of Valverde in February driving Union forces back into the fort, but failed to force Canby’s surrender. Sibley bypassed the fort and advanced north through the Rio Grande Valley capturing Albuquerque and Santa Fe.

In March, Sibley sent a Rebel force of 200-300 Texans under the command of Maj. Charles L. Pyron on an advance expedition over Glorieta Pass a strategic location on the Santa Fe Trail.  Control of the pass would allow Rebels to advance further north and attack Fort Union and move on to control of Raton Pass on the Colorado border.  Sibley also sent six companies under the command of Col. Tom Green to block the eastern end of Glorieta Pass.

The battle itself was fought over the course of three days with fighting on March 26, a lull on March 27 as both sides sought reinforcements and culminated on March 28.  Rebel forces had the upper hand until Lt. Col. Manuel Chaves of the 2nd New Mexico Infantry and commander of the New Mexican volunteers, informed Maj. John M.  Chivington that his scouts had located the Confederate supply train behind Rebel lines.  Chivington’s force attacked the lightly guarded supply train driving off or capturing the small guard with few casualties on either side. The forces confiscated what they could carry, burned 80 supply wagons, spiked the cannon,  and killed, captured or drove off about 500 horses and mules before returning with their prisoners to the Union rear.   The destruction of supplies forced the Rebel forces to retire and ultimately retreat to Santa Fe, and finally San Antonio. Chaves’ discovery turned a Union defeat into victory and effectively ended the war in New Mexico. 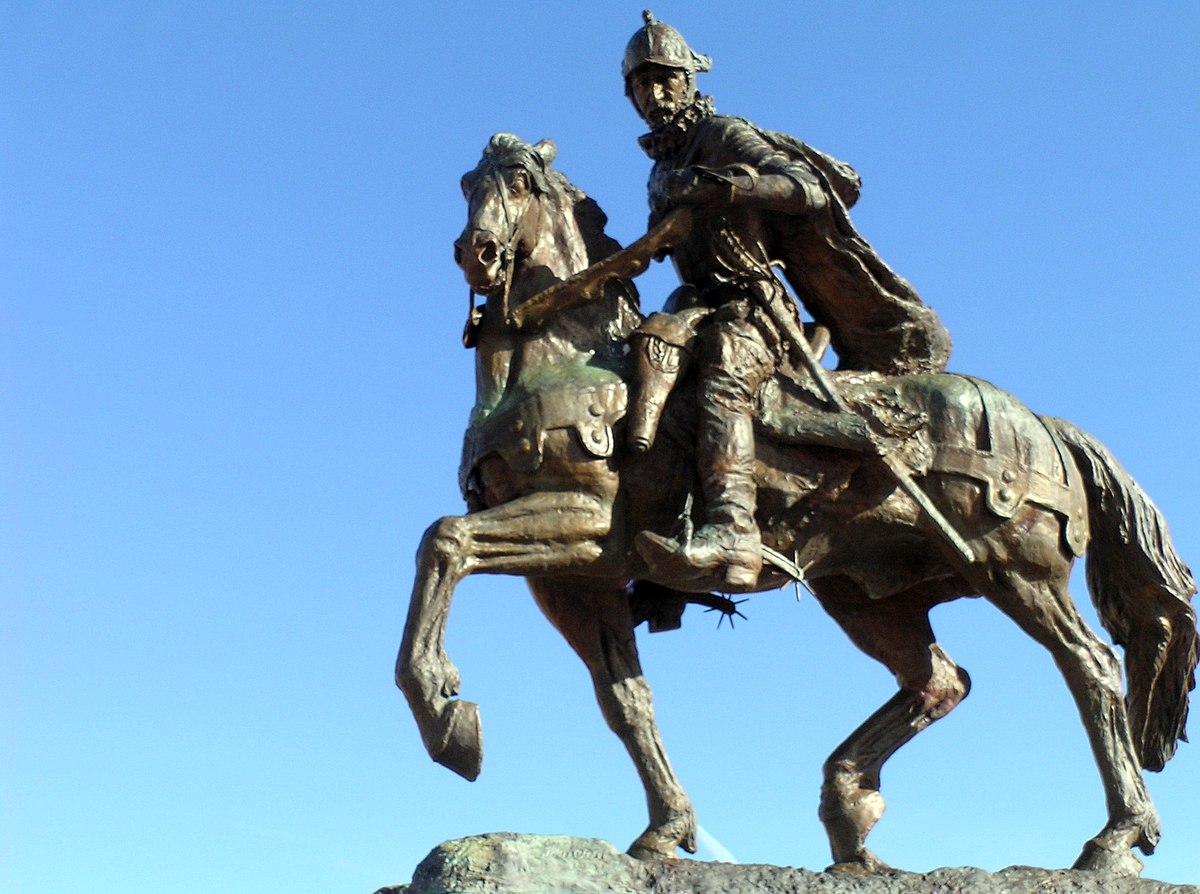