From the Annals of the Supreme Court – In1869, the U.S. Supreme Court handed down its decision in Texas v. White which essentially eviscerated the argument of individual state sovereignty apart from the Union.  The SCt ruled that Texas still had the right to sue in the federal courts despite having seceded in 1861.  Texas has sued for an injunction prohibiting George W. White and others from transferring U.S. issued bonds they purchased from the secession-era Texas State Military Board during the Civil War.  The bonds had been issued to Texas as part of the Compromise of 1850, but at the time of the Civil War not all such bonds had been issued.  Texas sold the bonds to raise funds durng the war.  After the war, the US Treasury refused to redeem the war-issued bonds.  Texas sued to reclaim the bonds from the purchasers.  Under Article III, section 2 of the US Constitution, which provides original jurisdiction in the Supreme Court in cases where the State is a party, Texas sued directly in the U.S. Supreme Court   At the SCt, the issue turned on whether Texas, having seceded and not having completed Reconstruction, had status in the Union and therefore the right to sue as a federal court.  Texas argued that the Union was indestructible and Texas’ status as a state remained unchanged by the war.  White argued that Texas, by seceding from the Union and waging war against the United States, had lost the status of a state in the Union and therefore had no right to sue in the SCt. In a five-to-three decision authored by Chief Justice S. P. Chase, the court held the Union to be indestructible and thus not dissoluble by any act of a state, the government, or the people. 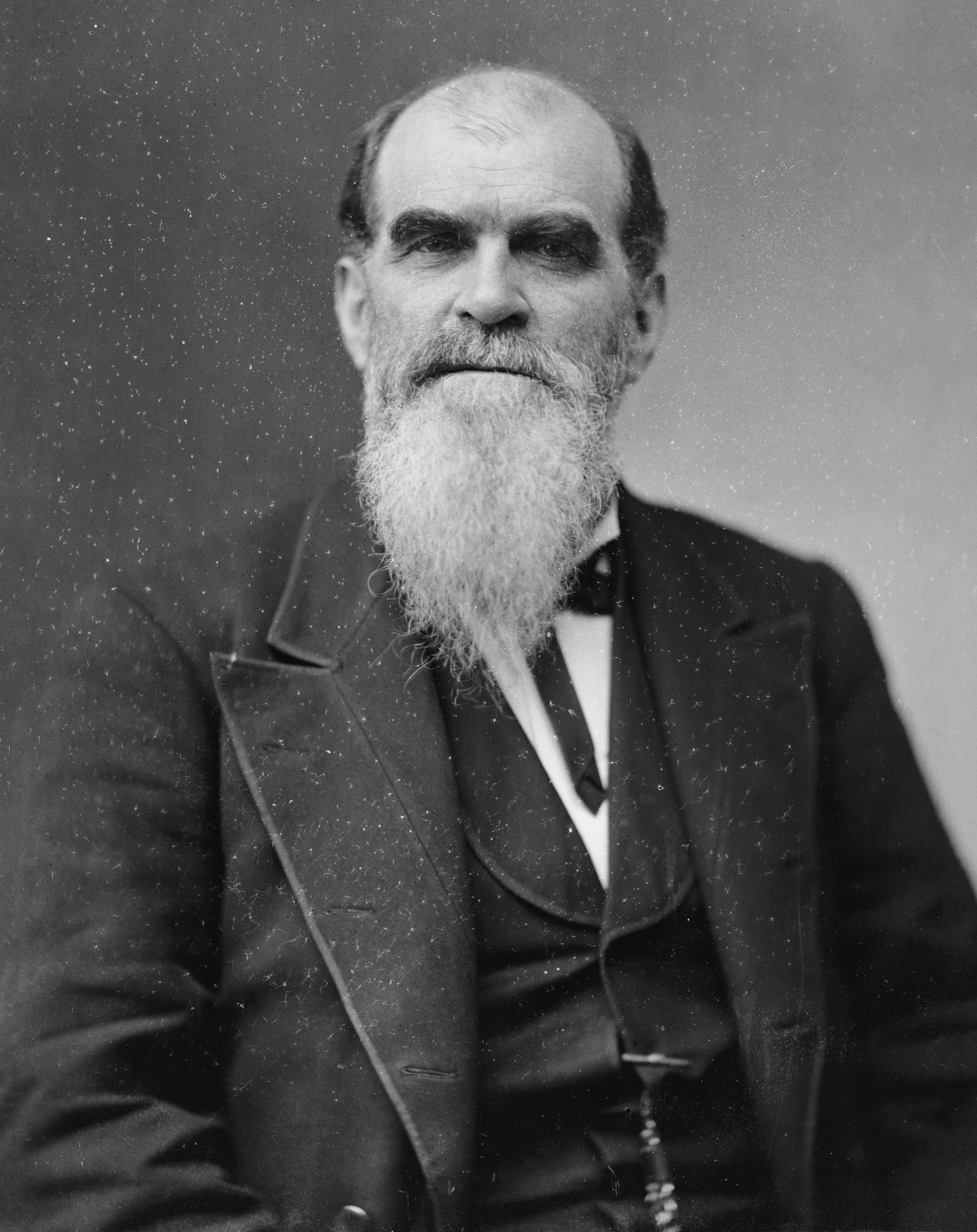 From the Annals of the Racists –  In 1888,  the Jaybirds, a whites-only political association, met in Richmond and ordered Charles Ferguson and several other black political leaders to leave Fort Bend County within ten hours. The Jaybirds represented the resentful white population (all Democrats) who were still smarting over the Republican government that controlled the county during Reconstruction.  The  competing faction was the Woodpeckers who were nominally Democrats but held office as a result of Republican and black voters.   The Woodpeckers had controlled the county for about 20 years.  The so-called Jaybird-Woodpecker War was fight between these two factions for control of Fort Bend County.  The Jaybirds met in Richmond and “expelled” a number of Woodpecker leaders.

The Woodpeckers won the election despite the expulsion, and the violence continued.  In the spring of 1889, Tax Assesstor Kyle Terry, a Woodpecker, murdered Ned Gibson, a leader of the Jaybirds who was set to testify against one of Terry’s friends in an unrelated cattle-rustling trial. Terry was arrested but posted bail and decamped to Galveston where he was later killed by the Jaybirds.  The cycle of violence continued culminating in the Battle of Richmond, on August 16, 1889, when Woodpecker Sheriff Garvey was killed.  After that, the Woodpeckers were driven from office.

The Jaybirds had a long-lasting influence mostly through the creation of the “Whites Only” Democratic primary system in Fort Bend County which effectively ended any political strength for black voters.  The system was so successful that the Legislature adopted a similar Whites Only primary measure which ensured that the Jaybird Democrats would retain control.  The blatantly unconstitutional and discriminatory practice continued until it was overturned by the U.S. Supreme Court in Terry v. Adams, 345 U.S. 461 (1953).

From the Annals of Reconstruction – In 1866, the Texas State Central Committee of Colored Men met for the first time in Austin.  The group was founded to address the concerns  of African Americans arising after the conclusion of the Civil War.  The group was one of the first to focus on the social, economic and political problems facing freed former slaves and free blacks.  Jacob Fontaine, a Baptist minister, presided over the convention. Fontaine was also the publisher of The Gold Dollar, said to be the first black newspaper published in Austin and the greater Travis County area. The promise of real freedom was short-lived in Texas as successive Republican administrations abandoned efforts to fully integrate African Americans into American social and political institutions.  It would be another hundred years before minorities in Texas would obtain full federal protection for their rights.  Ironically, it would be a president from Texas who shepherd through the required legislation.

From the Annals of the People (or at least some of the People) –  In 1876, citizens of Texas (and by that Red means white men and some Hispanics) adopted the Constitution of 1876. The vote was 136,606 in favor with 56,652 against.  The 1876 Constitution was the sixth such document governing Texas since the declaration of  independence from Mexico in  1836.   The 1876 Constitution was primarily a reaction in connection with the reassertion of the Democratic Party (again white men) in the wake of Reconstruction.  It also incorporates some aspects of law from Spanish and Mexican rule, as well as protection for agriculture and debtors.  While calling for equal rights and due process on its face, those guarantees meant little to women and minorities at the time of adoption and for decades afterwards.  The 1876 Constitution has been repeatedly amended, but it remains the governing document of Texas to this day.

From the Annals of Reconstruction – In 1870, President Ulysses S. Grant signed the Act to readmit Texas to Congressional representation.  The Act followed Texas new constitution and election of a state government and most importantly, Texas’ ratification of the 14th and 15th Amendments to the U.S. Constitution.  Texas was readmitted upon the following fundamental conditions:

First. That the constitution of Texas shall never be so amended or changed as to deprive any citizen or class of citizens of the United States of the right to vote who are entitled to vote by the constitution herein recognized, except as punishment for such crimes as are now felonies at common law, whereof they shall have been duly convicted under laws equally applicable to all the inhabitants of said State: Provided, That any alteration of said constitution, prospective in its effects, may be made in regard to the time and place of residence of voters.

Second. That it shall never be lawful for the said State to deprive any citizen of the United States on account of his race, color, or previous condition of servitude, of the right to hold office under the constitution and laws of said State, or upon any such ground to require of him any other qualifications for office than such as are required of all other citizens.

One could argue that all three conditions were violated – at least in spirit – by Texas for decades.

From the Annals of Reconstruction – In 1866, the Texas State Central Committee of Colored Men met in Austin with Baptist minister Jacob Fontaine presiding. It was the first in a series of conventions held in Texas from the Reconstruction era until the coming of the Jim Crow era in the 1890s.  The group was focused on issues of concern to African Americans which were largely ignored by Texas politicians.  At the first meeting the TSCCCM opposed a request by Episcopal bishop Alexander Gregg for funds which presumably would have benefited former slaves. The committee members did not trust Gregg, himself a former slaveholder and ardent supporter of secession.  The committee instead proclaimed their support for the work of the Freedmen’s Bureau.

Photo of Jacob Fontaine from austinlibrary.com.

From the Annals of Reconstruction –  In 1871, Governor Edmund J. Davis declared martial law in Freestone County.  There had been extensive reports of coercion and fraudulent voting in Fairfield, the county seat during the election of October 3-6.  Freestone County had been a hotbed of slave ownership and a strong supporter of secession having voted 585 to 3 in favor of secession at a county convention.  Racial troubles continued after the war and well into the 20th Century with Klan activity and violence against Blacks.  Martial law was lifted a month later, on November 10. Freestone County was one of four Texas counties in which martial law was declared during Reconstruction.