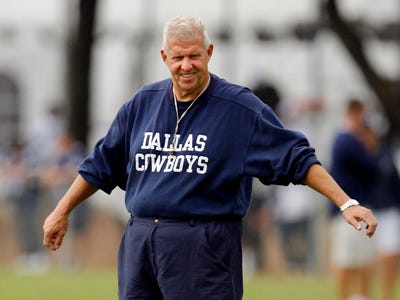 From the Annals of Football –  In 2003, the Dallas (Arlington) Cowboys announced that Bill “Big Tuna” Parcels would be their new head coach.  The two time NFL Championship head coach would post a decidedly mediocre 34-30 record as the Cowboys’ coach – making the playoffs in 2003 and 2006 but never winning a playoff game.  Since retiring (or being fired) after the 2006 season, Parcels has never coached again.