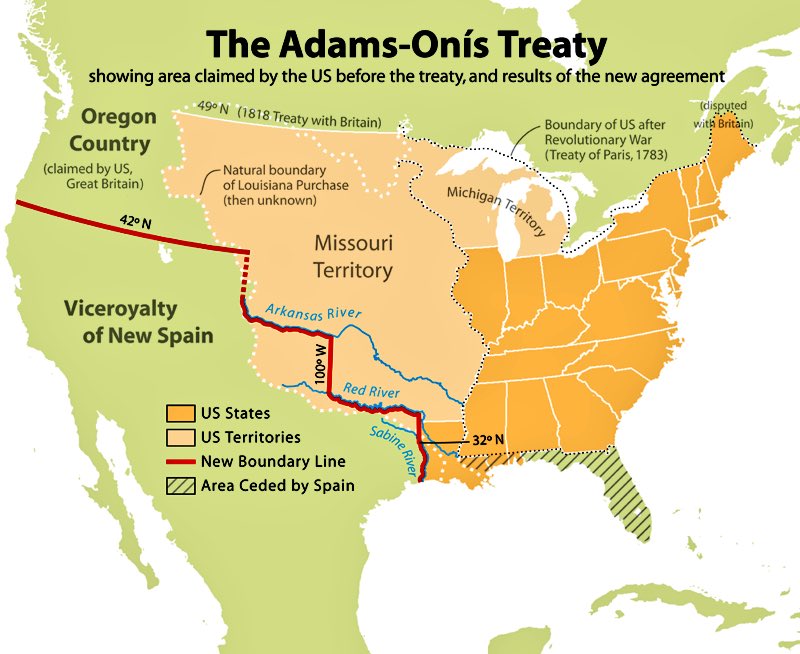 From the Annals of the Border – In 1819, U.S. Secretary of State John Quincy Adams and Spanish foreign minister Luis de Onis y Gonzalez-Vara signed the Adams-Onis Treaty also known as the Florida Treaty. Spain ceded Florida to the U.S. in exchange for settling the long simmering boundary dispute between the U.S. and New Spain.  Spain was frankly interested in jettisoning Florida as it was already overwhelmed with wars for independence in South America and periodic upheaval what was soon to be Mexico.  The treaty set the U.S./New Spain boundary at the Sabine River and on through the great plains and Rocky Mountains following the Red River and Arkansas River – basically according to the terms of the Louisiana Purchase –  and then on west to the Pacific Ocean along the 42nd Parallel.  The U.S. renounced any claims to Texas and agreed to pay residents’ claims against the Spanish government up to a total of $5,000,000.  The treaty was short-lived as Mexico was granted independence from Spain in 1821.  Mexico ratified the boundaries of AO Treaty by agreeing to the Treaty of Limits in 1828.  The boundary stood until the Texas Revolution and the later the Mexican-American War. 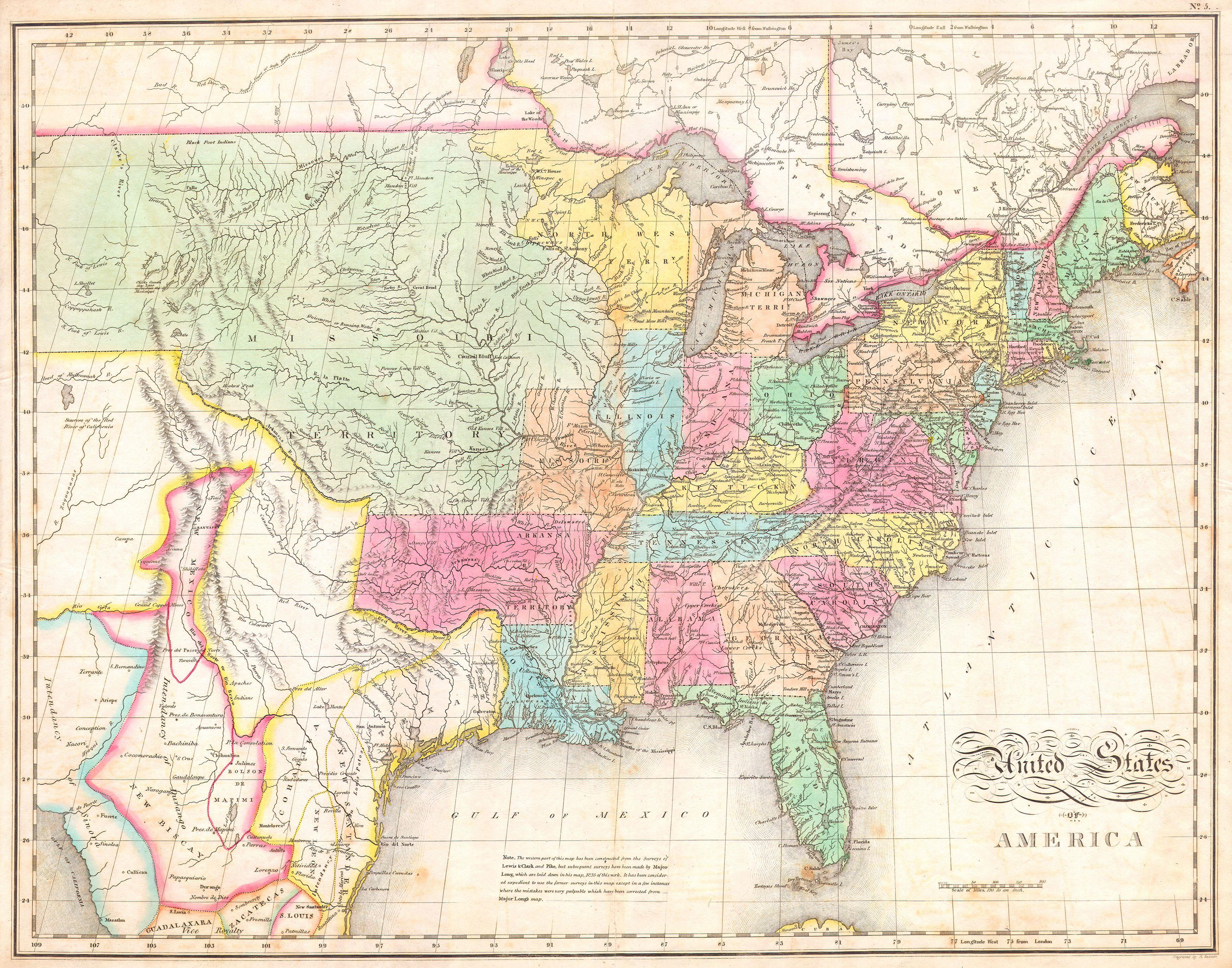