Red received this in his inbox today from University of Texas President Gregory L. Fenves:

Dear Longhorns,
I’m writing today with great news. The UT System Board of Regents — under the leadership of Chairman Kevin Eltife — has voted unanimously to establish a $160 million endowment to expand financial aid for middle- and low-income UT Austin students beginning next year.

Half of the families in Texas earned less than $60,000 in 2017. So, today’s expansion of the Texas Advance Commitment program means that beginning in 2020, we will be able to cover the tuition for eligible undergraduate students from families earning at or slightly above the median household income level.

This action by the Board of Regents is an investment in the future of our students. It is also one of the largest commitments ever made to improving college affordability among the nation’s leading public research universities. I thank the Board of Regents for their decision today. And I am especially grateful to Chairman Eltife for prioritizing Texas students.

This is an important day for The University of Texas at Austin. You should be proud. I couldn’t be prouder.

Red is proud.  This is a big deal for many Texas families.   When Red and friends went to state schools in Texas (way back in the day) it was for all practical purposes free.  If you couldn’t scrape up the $250 or so per semester to pay for your tuition and fees, you weren’t really trying very hard.  Usually, the books cost more – but you could buy used and trade them back in at the end of the semester.  We were the lucky ones.  Thanks to previous Poor Idiot Governors (Rick Perry Red is calling you out) – tuition increases at state schools have strained budgets for many Texas families.  And the fact is – the UT System has had the money to do this for many years. It was way overdue.  Nonetheless, better late than never.

The powers that be at University of Houston, Our Poor Idiot Governor and whining Sen. John Whitmire got their way.  Instead of another academic flagship coming to the drastically underserved higher education market in Houston, The University of Texas system has put the 300 acres it bought near the South Loop on the market.  Red can’t decide who he is more disappointed in – the Houston powers that were so interested in protecting their little fiefdom of higher ed that they could not see the incredible benefits (jobs, opportunity, research, further real estate development and educational symbiosis) that another major university would bring to Houston – or The UT System for caving in and abandoning the State’s largest city because of some poorly-based opposition.  Whatever.  It is done for a generation and it is doubtful that an opportunity to build a campus so close in to the city center will ever arise again.  This is an incredible loss to Houston and to the state.

And Whining John – not satisfied with having screwed up the opportunity of a lifetime has to then kick UT in the nuts on the way out the door.  Whitmire now gloats as he claims that UT overpaid for the parcel and will have trouble getting its money back.

Red is officially endorsing both Damian Lacroix and Hank Segelke in the Democratic Primary to unseat Whitmire from his Senate seat that he has obviously held for way too long at this point.  Whitmire needs to go!

Proving that our former Poor Idiot Governor is still an idiot, Secretary of Energy Rick Perry has decided to weigh in on the election of a university student body president.  The student in question is Bobby Brooks who was the first openly gay student to be elected as Student Body President at Texas A&M University.  Perry, the first Aggie to serve as Texas Governor, claims that the election was stolen from Robert McIntosh – son of a major Republican fundraiser and Donald Trump supporter.  McIntosh won the election by 750 votes but was disqualified by the student election commissioner after accusations because of accusations of voter intimidation.   A&M’s judicial court — the university’s version of a student supreme court — overturned McIntosh’s disqualification, ruling there wasn’t sufficient evidence to prove he intimidated voters. The court did find, however, that McIntosh  failed to disclose financial information for glow sticks briefly featured in a campaign video and he was thus, disqualified.  Brooks, who came in second place in the election, was named the victor.

Perry, apparently not busy enough managing America’s energy needs, decided to weigh in in commentary published by the Houston Chronicle.  Perry played the race card in questioning the decision of A&M students.

The desire of the electorate is overturned, and thousands of student votes are disqualified, because of free glow sticks that appeared for eleven seconds of a months-long campaign,” Perry wrote. “Apparently glow sticks merit the same punishment as voter intimidation.

Here is a suggestion, former Governor Good Hair. Mind your own frigging business. If the son of one of Trump’s sycophants can’t follow the rules, just butt out.  And if for some reason you don’t have enough to do, call up Donald Trump and tell him you need work.

The Houston Chronicle ranks Texas colleges and universities on a liberal/conservative scale.  Not surprisingly, Texas A&M is ranked as the most conservative institution in the state.  On the liberal side, most Aggies would have chosen UT-Austin (or TU as the disrespectful Aggies would have it).   Wrong!  UT-Austin ranks as the 7th most liberal school in the Red state.  St. Edwards University in Austin is the most liberal college in Texas.

From the Annals of Higher Education –   In 1867,  Jessie Andrews was born in Washington, Mississippi.  Andrews moved to Texas with her family in 1874 and her mother Margaret Miller Andrews operated a boarding house near the State Capitol.  Andrews graduated from Austin High.  After graduation, Andrews took the entrance exam for the University of Texas and became the first woman admitted in 1883.  She majored in German and received her B.Litt. degree in  1886.  She taught for a year at Mrs. Hood’s Seminary for Young Ladies and then joined the faculty at UT teaching German and French.  She thus became the first female graduate and first female teacher at UT.  During the First World War she became disillusioned with Germany and quit her faculty position to operate a store with her sister.  Jessie Andrews Dorm at UT is named in her honor.

Photo from the Center for American History at UT-Austin.

From the Annals of Higher Learning –  In 1876, Gov. Richard Coke  dedicated the  Agricultural and Mechanical College of Texas now known as Texas A&M University.  It was the state’s first public college.   TAMU’s origins trace back to the Morrill Act of 1862.  This act provided for donation of public land to the states for the purpose of funding higher education whose “leading object shall be, without excluding other scientific and classical studies, and including military tactics, to teach such branches of learning as are related to agriculture and mechanic arts.”  In November 1866, Texas agreed to create a college under the terms of the Morrill Act.  Actual formation did not occur until the establishment of the Agricultural and Mechanical College of Texas by the Texas state legislature on April 17, 1871. A commission created to locate the institution accepted the offer of 2,416 acres of land from the citizens of Brazos County in 1871. Admission was limited to white males who, as required by the Morrill Act, were required to participate in military training.

The U.S. Supreme Court has upheld the University of Texas at Austin’s admissions process which gives a small advantage to black and Hispanic applicants.  The decision yet again allows US colleges to use of affirmative action in their admissions procedures.   The 4-3 vote was a defeat for Sugar Land’s favorite litigant Abigail Fisher who has repeatedly claimed that she was unfairly denied admission because of her whiteness.  After being denied admission into UT-Austin in 2008, she has been relentless in her campaign to end even the slight hint of affirmative action that UT-Austin uses in an attempt to preserve some diversity on the 40 Acres.  Fisher – who did not qualify for automatic admission – claimed that black and Hispanic students who were less qualified got in over her.  But Thursday’s decision brings her case to a close. The ruling will likely have national implications in that the Court has again reaffirmed that colleges have some leeway to use affirmative action in picking their students. 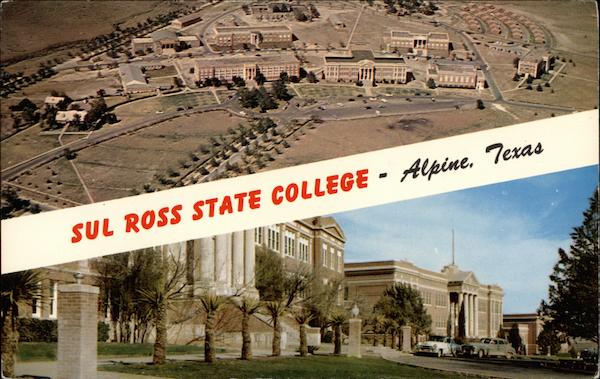 Red doesn’t truck much with clickbait, but recognizes that his readers just might.  The Houston Chronicle has ranked Texas Universities from the most to least conservative.  Dallas Baptist University bests some heavy competition to rank number 1 as the most conservative college in Texas.  Not surprisingly, Texas A&M comes in at number 2 and is considered to be the largest conservative school in the U.S. – mostly by virtue of it being one of the largest colleges around.   Red doesn’t have the patience to make it through the entire list, but is guessing that the least conservative school will be either Trinity in San Antonio or Austin College in Sherman.