Jonathan Tobin of Commentary explains why Sen. Ted Cruz (TP-Texas) and not Jeb!!!!$$$$? was the biggest loser coming out of South Carolina.

[T]he most decisive result in South Carolina was the blow dealt to Cruz’s campaign.

With its huge evangelical vote and a large number of veterans and conservatives of all stripes, South Carolina seemed to be a place that Cruz ought to win in much the same manner as his Iowa triumph. His ground game was the best of the candidates, and Trump’s abandonment of conservative positions on a host of issues should have convinced religious conservatives to resist the temptation to vote for the reality star. But it didn’t. Trump beat Cruz among evangelicals and every other conservative demographic.

This is a staggering blow to Cruz’s belief that he can win conservative states, like those in the south that will vote in the SEC super primary on March 1st. If Cruz can’t beat Rubio, let alone get anywhere close to Trump in South Carolina, how can he possibly do it elsewhere in the south? Perhaps, Cruz is counting on winning his home state of Texas, but even that is not a certainty.

Cruz’s assumption was that once other candidates that appealed to social conservatives like Mike Huckabee and Rick Santorum dropped out, he could count on a united evangelical vote. But what Trump showed us in South Carolina is that there is no such thing as a united bloc of religious conservatives. Or even of Tea Party voters that should, in theory, also be flocking to Cruz. What’s killing Cruz is that a lot of people who ought not to be voting for someone with Trump’s record are doing so. Cruz is right that he is the principled conservative that represents the beliefs of these voters. But they are still voting for Trump.

South Carolina did give us one firm conclusion about the GOP race. By losing his base voters to Trump, Cruz seems to have no path to the nomination. That makes him, and not Bush, the big loser in South Carolina.

George W. Bush hit the campaign trail for the first time since his overdue retirement in South Carolina.  He hopes to revive brother Jeb!!!!$$$$?’s flagging hopes to bring yet another Bush to the White House.  Apparently, the former President’s favorability ratings in the Palmetto State among Republicans are as high as 84%.  Which means those folks either have very short memories or really like a legacy of incompetence and failure.

As always, Red is there to translate for you.

Thank you South Carolina, Laura and I have very fond memories of our previous times campaigning in this State (because this state saved my bacon by buying into the lies that I told about John McCain – if you crackers were dumb enough to believe that BS then you just might be stupid enough to vote for my little brother Bush).

Americans  (mostly Tea Party backers) are angry (how did we let a darkie get elected twice) and frustrated (because Whitey is no longer King), but we do not need someone (and that would be anyone not named Bush) in the Oval Office who mirrors and inflames our frustrations (believe me I know all about frustration inflammation – my approval rating was about 20% at the end),” the former president said. “We need someone (a Bush, a Bush or a Bush) who can fix the problems (Dick Cheney is too damn old now) that cause our anger (read racial prejudice) and frustration (that Whitey thing again) and that’s Jeb Bush (did you think I was going to say Kasich?).”

Jeb is a man of deep and humble faith (dude better be humble because he makes me look like a freakin’ genius) that reveals itself through good works (making money trading on the ol’ family name), not loud words (or intelligible ones for that matter).  All of the sloganeering and all of the talk doesn’t matter if we don’t win (but we will spend all of the millions he has raised nonetheless because the Bush family is really a cottage industry when it comes to campaign consultants).

We’ve become tree farmers (finally something that’s really hard to screw up). It gives me some time to practice my stump speech (I made a funny, ha ha, get it?). I’ve been one to defy expectations (mostly because I was expected to do nothing more than trade on the family name, screw up, lose money and repeat – oh wait a minute, that kind of describes my presidency). I’ve been mis-underestimated most of my life (not really, as President I pretty much hit the mis-underestimated mark square on).” 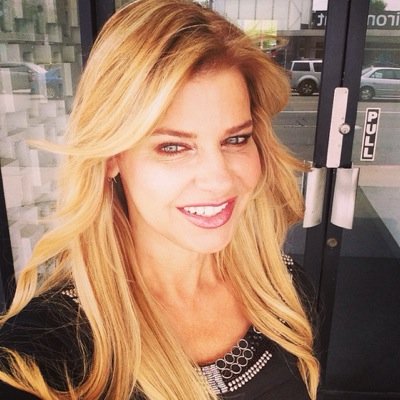 Damn, Red finally had an excuse to watch a Ted Cruz ad.

Just as the caucuses were beginning to meet at 7 p.m., the official Ted Cruz mobile app sent a message to some Iowans.

“CNN is reporting that Ben Carson will stop campaigning after Iowa.  Make sure to tell all of your peers at the caucus supporting Carson that they should coalesce around the true conservative who will be in the race for the long haul: TED CRUZ!”

Carson denied that he was quitting, but at least some damage may have already been done.   Numerous caucus attendees have reported that Cruz supporters attempted  to sway Carson voters by announcing that Carson would be dropping out of the race.

For his part, Carson has described Cruz’s tactics as “dirty tricks” and has called on Cruz to fire anyone involved in the “shenanigans.”  That seems unlikely as Ted is probably unwilling to fire himself.  “If Ted Cruz doesn’t know about this, then he clearly needs to very quickly get rid of some people in his organization,” Carson said. “And if he does know about it, isn’t this the exact kind of thing the American people are tired of?”

Chris Christie has come down on the side of the fifth graders on the critical issue of school lunches.  At a recent event, Jacob Royal, an Omaha fifth-grader and aspiring politician asked the New Jersey Governor, “What are you going to do about the lunches? They were fine when Mrs. Bush was the first lady, but now that Mrs. Obama is the first lady, they have gone down.”

Christie’s reply, “I don’t care what you’re eating for lunch every day. I really don’t.  If I’m president, back to whatever you want to eat.”

Bring on the hot dogs, French fries and soda – and throw in a couple of donuts for good measure.

Gov. Bobby Jindal is now the 13th announced GOP candidate for president in 2016.  Jindal currently sports a favorability rating of 32% in Louisiana.  Jindal has pursued a hard right-wing social conservative policy bashing gays and blaming his fiscal mismanagement of the state on the poorest in the Pelican state.  It seems unlikely that he could get re-elected as Governor, so what does he have to lose by launching a long-shot (currently polling at 1% behind “None of the Above”) bid for the White House. Perhaps our neighbors to the east are a bit smarter than Red gives them credit for.  Well, except for the fact that they put this incompetent fool in office in the first place.